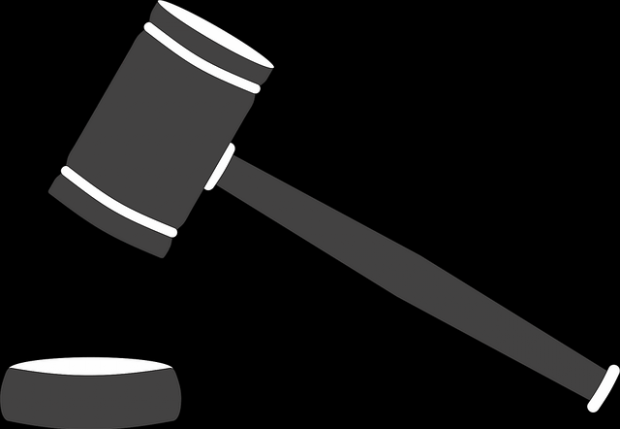 58      In the light of the foregoing, the answer to Questions 1 and 2 is that Article 101(1) TFEU must be interpreted as meaning that a manufacturer of originator medicines who is the holder of a manufacturing process patent for an active ingredient that is in the public domain, on the one hand, and the manufacturers of generic medicines who are preparing to enter the market of the medicine containing that active ingredient, on the other, who are in dispute as to whether that patent is valid or whether the generic medicines concerned infringe that patent, are potential competitors, where it is established that the manufacturer of generic medicines has in fact a firm intention and an inherent ability to enter the market, and that market entry does not meet barriers to entry that are insurmountable, which it is for the referring court to assess.

–        if it is clear from all the information available that the net gain from the transfers of value by the manufacturer of originator medicines in favour of the manufacturer of generic medicines can have no other explanation than the commercial interest of the parties to the agreement not to engage in competition on the merits;

–        unless the settlement agreement concerned is accompanied by proven pro‑competitive effects capable of giving rise to a reasonable doubt that it causes a sufficient degree of harm to competition.

122     In the light of the foregoing, the answer to Question 6 is that Article 101(1) TFEU must be interpreted as meaning that if a settlement agreement, such as those at issue in the main proceedings, is to be demonstrated to have appreciable potential or real effects on competition, and, therefore, is to be characterised as a ‘restriction by effect’, that does not presuppose a finding that, in the absence of that agreement, either the manufacturer of generic medicines who is a party to that agreement would probably have been successful in the proceedings relating to the process patent at issue, or the parties to that agreement would probably have concluded a less restrictive settlement agreement.

140    In the light of the foregoing, the answer to Question 7 is that Article 102 TFEU must be interpreted as meaning that, in a situation where a manufacturer of originator medicines containing an active ingredient which is in the public domain, but the process of manufacturing which is covered by a process patent, the validity of which is disputed, impedes, on the basis of that process patent, the market entry of generic versions of that medicine, there must be taken into consideration, for the purposes of definition of the product market concerned, not only the originator version of that medicine but also its generic versions, even if the latter would not be able to enter legally the market before the expiry of that process patent, if the manufacturers concerned of generic medicines are in a position to present themselves within a short period on the market concerned with sufficient strength to constitute a serious counterbalance to the manufacturer of originator medicines already on that market, which it is for the referring court to determine.

172    In the light of the foregoing, the answer to Questions 8 to 10, taken together, is that Article 102 TFEU must be interpreted as meaning that the strategy of a dominant undertaking, the holder of a process patent for the production of an active ingredient that is in the public domain, which leads it to conclude, either as a precautionary measure, or following the bringing of court proceedings challenging the validity of that patent, a set of settlement agreements which have, at the least, the effect of keeping temporarily outside the market potential competitors who manufacture generic medicines using that active ingredient, constitutes an abuse of a dominant position within the meaning of Article 102 TFEU, provided that that strategy has the capacity to restrict competition and, in particular, to have exclusionary effects, going beyond the specific anticompetitive effects of each of the settlement agreements that are part of that strategy, which it is for the referring court to determine.

For the purpose of Article 101(1) [TFEU], are the holder of a patent for a pharmaceutical drug and a generic company seeking to enter the market with a generic version of the drug to be regarded as potential competitors when the parties are in bona fide dispute as to whether the patent is valid and/or the generic product infringes the patent?

(a)      there are pending court proceedings between the parties involving this dispute; and/or

(b)      the patent-holder has obtained an interim injunction preventing the generic company from launching its generic product on the market until determination of those proceedings; and/or

(c)      the patent holder regards the generic company as a potential competitor?

When there are pending court proceedings concerning the validity of a patent for a pharmaceutical drug and whether a generic product infringes that patent, and it is not possible to determine the likelihood of either party succeeding in those proceedings, is there a restriction of competition “by object” for the purpose of Article 101(1) [TFEU] when the parties make an agreement to settle that litigation whereby:

(a)      the generic company agrees not to enter the market with its generic product and not to continue its challenge to the patent for the duration of the agreement (which is no longer than the unexpired period of the patent), and

(b)      the patent holder agrees to make a transfer of value to the generic company in an amount substantially greater than the avoided litigation costs (including management time and disruption) and which does not constitute payment for any goods or services supplied to the patent holder?

(b)      the amount of the value transfer to the generic company may be less than the profit it would have made if it had instead succeeded in the patent litigation and entered the market with an independent generic product?

(5)      Do the answers to Questions 3 and 4 differ if the agreement provides for the supply by the patent holder to the generic company of significant but limited volumes of authorised generic product and that agreement:

(a)      does not give rise to any meaningful competitive constraint on the prices charged by the patent holder; but

(b)      brings some benefits to consumers which would not have occurred if the patent holder had succeeded in the litigation, but which are significantly less than the full competitive benefits resulting from independent generic entry which would have occurred if the generic company had succeeded in the litigation, or is this relevant only to assessment under Article 101(3) [TFEU]?

In the circumstances set out in Questions 3-5, is there a restriction of competition “by effect” for the purpose of Article 101(1) [TFEU] or does that depend upon the court finding that in the absence of that settlement:

(a)      the generic company would probably have succeeded in the patent proceedings (i.e. that the chance that the patent was valid and infringed was below 50%); alternatively

Where a patented pharmaceutical drug is therapeutically substitutable with a number of other drugs in a class, and the alleged abuse for the purpose of Article 102 [TFEU] is conduct by the patent holder that effectively excludes generic versions of that drug from the market, are those generic products to be taken into account for the purpose of defining the relevant product market, although they could not lawfully enter the market before expiry of the patent if (which is uncertain) the patent is valid and infringed by those generic products?

In the circumstances set out in Questions 3-5 above, if the patent holder is in a dominant position, does its conduct in entering into such an agreement constitute an abuse within the meaning of Article 102 [TFEU]?

(9)      Does the answer to Question 8 differ if the patent holder makes an agreement of that kind not in settlement of actual litigation but to avoid litigation being commenced?

(a)      the patent holder pursues a strategy of entering into several such agreements to preclude the risk of unrestricted generic entry; and

(b)      the consequence of the first such agreement is that by reason of the structure of the national arrangements for reimbursement by the public health authorities to pharmacies of their costs of purchasing pharmaceutical drugs, the reimbursement level for the pharmaceutical drug in question is reduced, resulting in a substantial saving to the public health authorities (albeit a saving which is significantly less than that which would arise upon independent generic entry following a successful outcome for the generic company in patent litigation); and

(c)      that saving was no part of the intention of the parties when entering into any of the agreements?’